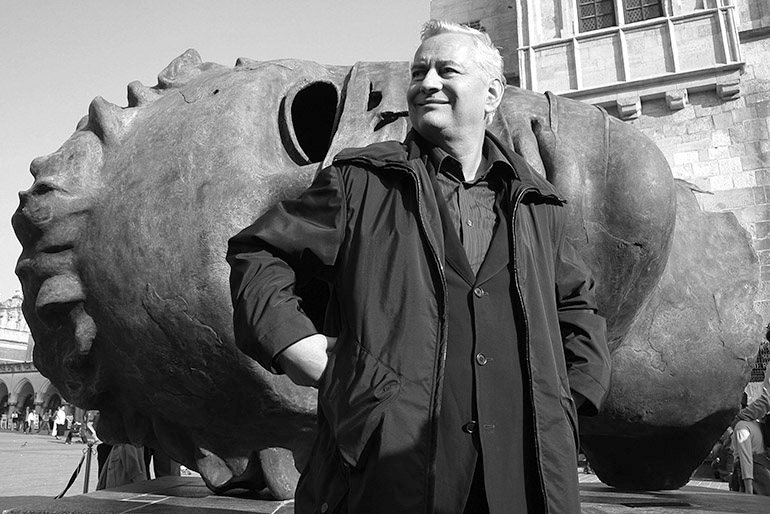 Igor Mitoraj (1944-2014) spent his youth in Krakov and most of his life in France and Italy. After graduating from the Art School, he was admitted to the Academy of Fine Arts in Kraków in 1963. In 1968, after obtaining a degree, Mitoraj went to Paris to study at the École Nationale Supérieure des Beaux Arts. He started there as a painter and graphic artist; in 1976 he had an exhibition in the La Hune gallery in the Latin Quarter, linked to the bookshop of the same name. Mitoraj considered his Italian studio in Pietrasanta, the Italian capital of marble, city of sculptors ‘his place on Earth’ though he had lived in Paris, tried to settle in Mexico to learn the art of the Aztecs, and travelled around Greece studying ancient works of art.

Mitoraj is considered one of the greatest contemporary sculptors. His works can be found in dozens of museums, foundations and headquarters of the largest corporations in the world. Mitoraj’s style is now being recognized by art lovers around the world. The sculptures’ lips, which always have the shape of those of the artist, are among the characteristic features of his works, serving as a sort of an informal ‘signature’. Antiquity was one of the main sources of inspiration for the artist. His sculptures make direct references to the mythology and history of Greece and Rome. While evoking the beauty and perfect proportions of classical sculptures, Mitoraj re-interpreted them in a contemporary way. He visualized the imperfection of human nature by deliberately damaging and cracking the surface of statues.

After the exhibition in the ArtCurial in 1977 Mitoraj’s sculptures and drawings have been shown at 120 solo exhibitions throughout the world. His sculptures, often of gigantic size, stand in emblematic points of many cities – including Paris (La Defense), Rome, Milan, Lausanne, London, Kraków, Scheveningen near The Hague, in the US and Japan. On 5th October 2005, Mitoraj was honored by the then Minister of Culture Waldemar Dąbrowski with a Gold Medal for Merit to Culture Gloria Artis during a ceremony in the Kraków City Hall. On 24th April 2012, he was awarded the Commander’s Cross of the Order of Polonia Restituta by the President Bronisław Komorowski ‘for outstanding contribution to Polish and world culture, for creative and artistic achievements’; the honoring ceremony took place on 3rd May 2012. 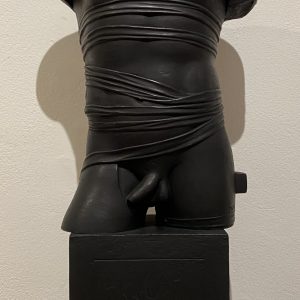