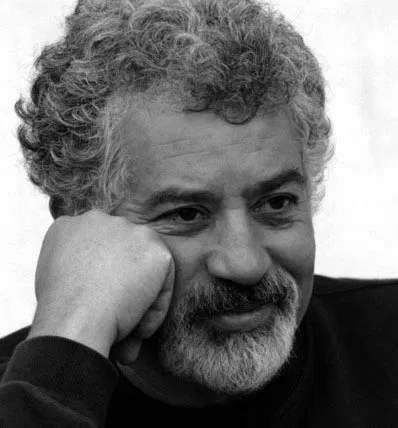 Abdallah Khaled, was born in Tamrichte Bejaïa, in the North of Algeria in 1954. In 1968 he moved to Bordj-El-Kiffan, on the outskirts of Algiers, where he attended a private Art School and then he was admitted to National School of Fine Arts. He moved to Italy in 1980 where he attended the University for foreigners in Perugia and one year later he entered the Academy of Fine Arts in Venice, where he studied painting with the Master Emilio Vedova, graduating in 1985; for then attending sculpture courses at the Academy of Fine Arts in Venice. His development as an artist matured in both Italy and Algeria and he has further refined his cultural and artistic knowledge through his travels and periods of study across Europe. His paintings are to be found in the National Museum of Fine Arts of Algeria and in numerous private collections in Canada, the United States, Japan, Finland, Norway, France, Germany, Austria and of course, Italy. His work fuses together intense chromatic brightness with abstract forms and the formal study of the Western artistic avant-garde with the Arab-African iconographic traditions. In 1989 he received an invitation from the Palace of Culture of Algiers giving him the opportunity to prepare for a personal exhibition that was realized the following year. The Algerian Ministry of Culture chose him to represent Algeria in a cultural event in the Arab Emirates in 1994 and During the international exhibition SAGA-FIAC of Paris in 1997, a commission chose him for a big personal exposition held in autumn of the same year at L’Espal Centre Culturel of Le Mans (France). In 2002 Abdallah Khaled started his collaboration with the artist Tobia Ravà, leading to his participation in various events (many of which organized by PaRDes and curated by Maria Luisa Trevisan) based on the theme of peace between nations and the production of several works together. One such work, the graphic work “Scoppio di pace” was donated to the international organizations UN and UNESCO. In 2015 the two artists Khaled and Ravà displayed their joint works at the Art Gallery Zanini Arte in San Benedetto Po (MN). The exhibition was entitled “Ponti di Pace” and was presented by Maria Luisa Trevisan. In 2018 The Algerian Ambassador to Rome invited him to take part in an important cultural event that took place in the magical atmosphere of Castel dell’Ovo, Naples: “Algeria Terra Infinita, Nomadismo di Pensiero e di Cuore” (curated by Giuseppe Ussani d’Escobar).

“Art, as I perceive it, is a light that lets you see and feel, a means of expression for communicating emotions and feelings through the modulation of shape, color and markings on any given space.

A work of art cannot and must not be indifferent to life, or mere¬ly decorative – it must be able to maintain constant, creative dia¬logue through poetics. Art is a value for all those who love and search for beauty, like an open book to be read every day be¬cause every day, you find some¬thing new in it, something you hadn’t fully understood before.” 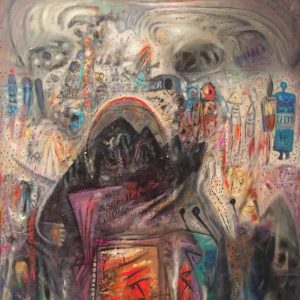 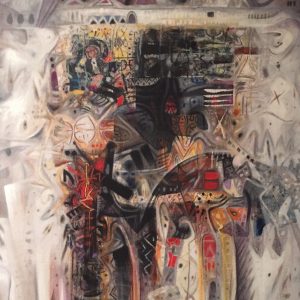 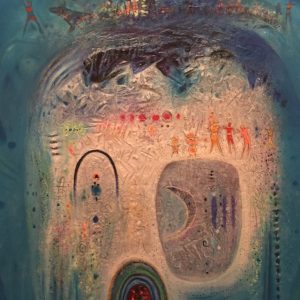