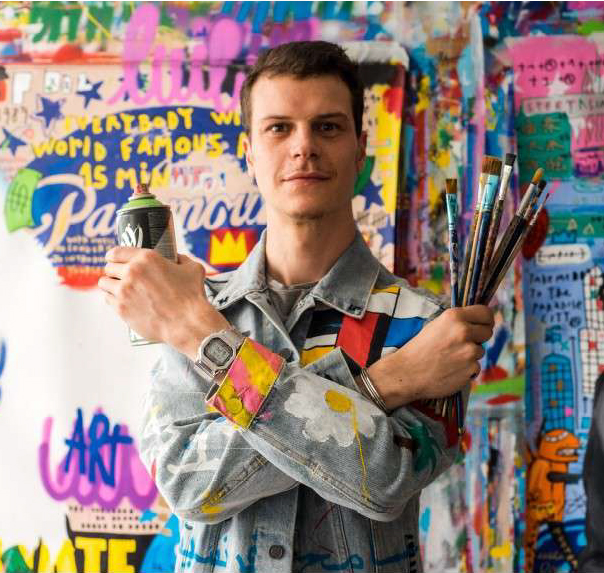 Jean-Baptiste Launay, better known as Jisbar, is a French pop-street artist born in 1989 who lives and works between Paris and Amsterdam. Exhibiting in San Francisco, Los Angeles, London, Paris, Venice, Lausanne, Singapore and Australia Gold Coast, Jisbar is today one of the most prominent figures of his generation in the pop-street art world. He has been collaborating with major brands such as JM Weston, Armani, BMW, Ducati and several others.His art is also present in famous museums such as Manarat Al Saadiyat in Abu Dhabi or the National Museum of Immigration’s History in Paris. Jisbar is best known for his remakes of the most classical historical paintings such as the Mona Lisa, Frida Kahlo or Basquiat & Warhol’s boxing. His creations are an invitation to discover or rediscover the most celebrated pieces of art mixed with the codes of pop-street art. What the artist want is to bring to them a touch of modernity and making them more reachable, so that could be discovered by a wider public. Each art work is more than just a remake as it has been enriched with words, sentences, numbers that create a whole new story to decrypt and push the spectator to focus on every single detail, enabling him to find new elements at every new glance. Jisbar likes to say that each piece of his work represents « moments of life », like a memory that would be printed forever in a photo album. 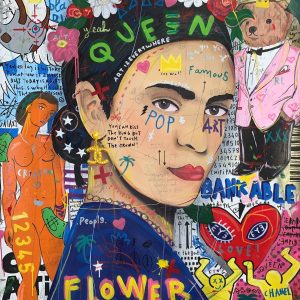 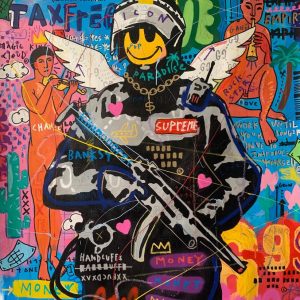 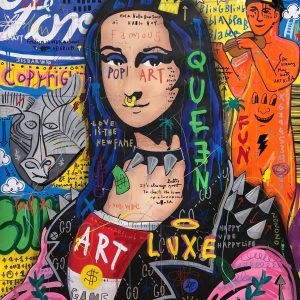 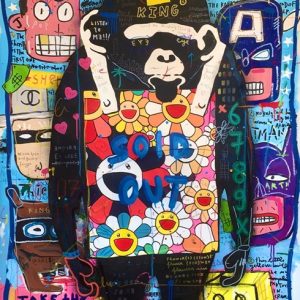 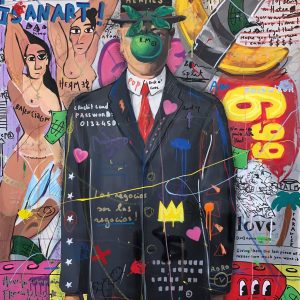 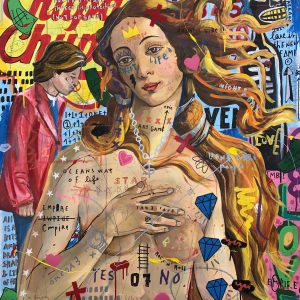