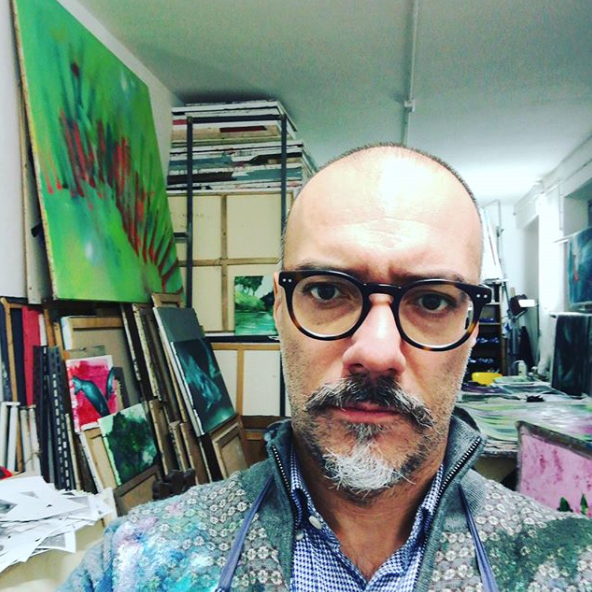 Gian Marco Capraro was born in Milan in 1972. In 2009 he was selected as artist-in-residence at the Fabbrikken der Kunst og Design in Copenhagen and in 2010 he exhibited a personal show at the Soldina Atelier, in Berlin. In 2010 he was selected for the Red-Cross summer exhibition in The Hague, Holland and in the city of Narva, Estonia. Among the curators with whom he worked with, there are: Carolina Lio and Roberto Borghi. Gian Marco Capraro is a very prolific artist who lives and works in Milan. He proceeds through violent flare-ups, exclusive, irrepressible attractions. When he falls in love with a theme (animals, faces, unusual compositions, landscapes) he pursues it, without painting anything else for a few months. He goes to the bottom of each of its fascination, exhausts it, and then passes on to something else. “A kind of serial monogamous painting”. Monogamous, and not Dongiovanni, because Gian Marco Capraro is very faithful to each of his phases, as he passes through it. Serial, because he is never satisfied, he does not rest on the acquired results, he could take advantage of the trend he has found and instead soon he switches to something else, always starting something new. He has an impressive technical ability, which allows him to paint anything and, at the same time, has a solid philosophical background. But what is striking about his work is that these two forces (pictorial skill and conceptual awareness) are mutually reinforcing. Gian Marco Capraro never stops the pleasure of the figure, of the pictorial pastosity, of the coloring, in the name of some thesis or theoretical preconception. At the same time, his canvases are clearly the result of reflection. So in his painting the ideation and execution are never separated. The pleasure of vision is together with that of intelligence. 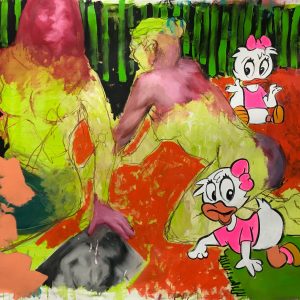 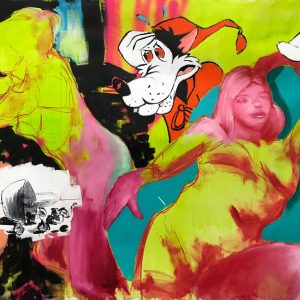 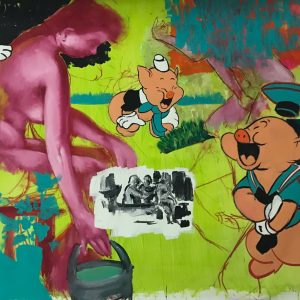 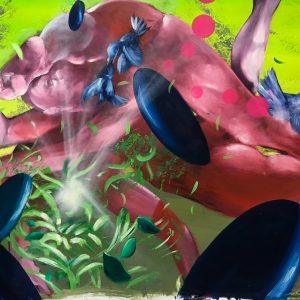 Falling and floating I

Falling and floating I 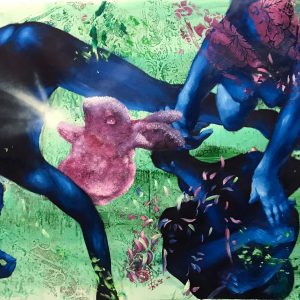 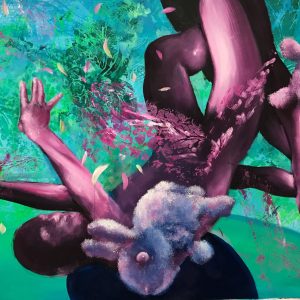 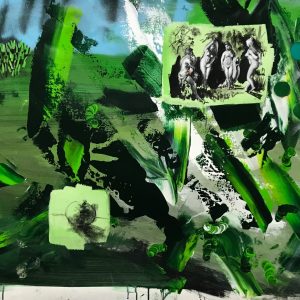 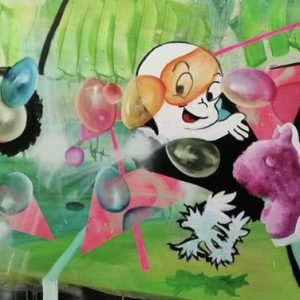 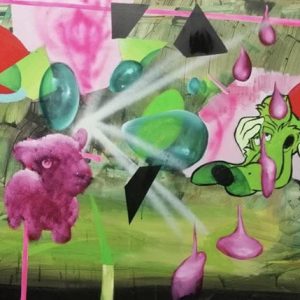